Covered By A TARP 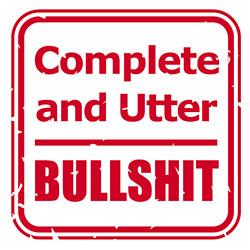 Tim Geithner and Larry Summers have engaged in a massive redistribution of wealth, from the bottom to the top. They saved nothing but the nominal and relative worth of the wealthiest Americans from destruction. The rest of US are well and truly fucked, if you think not, read on...

"Dr. Pitchfork, an iconoclast who writes at Daily Bail ", has a brilliant dismemberment of TARP and Timmy over at :

In “5 Myths About TARP,” Tim Geithner joins Steve Rattner and Herb Allison in the parade of Washington insiders who have gone out of their way to tout the great success of TARP, calling it the “most effective government program in recent memory.” If you think the Timmy doth protest too much, methinks you’re exactly right.
Geithner starts by rehearsing the same, tiresome narrative we’ve heard a thousand times:


[TARP] was essential to averting a second Great Depression, stabilizing a collapsing financial system, protecting the savings of Americans and restoring the flow of credit that is the oxygen of the economy. And it helped achieve all that at a lower cost than anyone expected.

Then Geithner proceeds to debunk some “myths” about TARP.

*****
The message of the bailouts, like Geithner’s message to us, is clear. The guys at the top get served first, at our expense. We are expected to be grateful that people like Geithner have bailed them out. And the buck stops nowhere.

This article was originally posted at The Daily Bail, to which site I was helpfully pointed by Yves Smith at Naked Capitalism.
Posted by Unknown at 10:11 AM 1 comment:

(HT) Nadir Times
Posted by Unknown at 1:31 PM No comments: