How White Can One Woman Get? 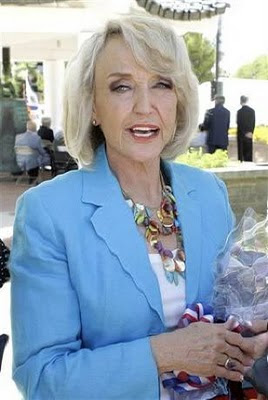 Jan Brewer has her white rage on, again. She has unleashed a dope in diapers diatribe upon the folks who “trespass” on our borders. Most of the people she refers to are, of course, a slightly darker shade of brown than the feeble fine minded, accidental governor. Brewer alleges that the “majority” of people who enter the US illegally are “drug mules”. We are still waiting for this certified Radiological technologist to cite her sources. Sean Alfano, NY Daily News staff writer, reports on Brewers vacuous comments. Citing the ubiquitous nature of her knowledge, she offers US this: (emphasis mine)

“We all know that the majority of the people that are coming to Arizona and trespassing are now become drug mules,” Gov. Jan Brewer told the Arizona Republic Friday.

“They’re coming across our borders in huge numbers. The drug cartels have taken control of the immigration.”

Brewer evidently has sources and insights unavailable to US Border Patrol officials:

A spokesman for the U.S. Border Patrol also downplayed the comments.

“I wouldn’t say that every person that is apprehended is being used as a mule,” Mario Escalante said.

Crime rates in Arizona’s border towns have been flat for the past 10 years, the Arizona Republic reports, even as drug violence in Mexico intensifies.

Border Patrol and the Immigration and Customs Enforcement agency were unable to provide data to support or dispute Brewer.

No data? That only leaves divine insight or associated empirical data:

…the president of the Border Patrol union said that since drug charges carry stiffer penalties, few illegal immigrants trying to find work were willing to take the risk of prison time.

“The majority of people continue to come across in search of work, not to smuggle drugs,” T.J. Bonner said.

Brewer might have The Sight, or maybe she is under the influence of drugs. Dumb, white doper gets my vote.
Posted by Unknown at 3:20 PM No comments:

The Definition of Contempt

BP, after destroying a significant portion of the earths ecology, has now refused to allow its employees to testify voluntarily in front of the US Congress. An AP article by Henry R. Weber reports:

The chairman of a House panel investigating the Gulf oil spill said Friday that BP won’t let members talk to several employees who may have critical information about what led to the catastrophe.

Rep. Bart Stupak, D-Mich., told The Associated Press that BP PLC has cited its own investigation as its reason for denying access to the employees.

…he isn’t ready to issue subpoenas yet.

Why should he have to if BP hasn’t committed some heinous act? BP has been duplicitous and evasive from the beginning. now they have become contemptuous of all of US.

20 billion over 4 years divided amongst how many people?

The coastal population of the five states of the Gulf of Mexico is projected by the Census Bureau to increase from a total of 44.2 million in 1995 to an estimated 61.4 million in 2025, nearly a 40% increase. Texas and Florida are the most rapidly growing states.

Every month Carl Svanberg retains his job he is compensated almost $ 221,032.00.

20 billion dollars is not going to be the final tally. Who thinks BP will survive this fiasco and pay that bill?

Posted by Unknown at 1:31 AM No comments:

George Carlin puts theocracy in perspective. He probably would not be a teabagger, but what fun he would have had with these assholes. 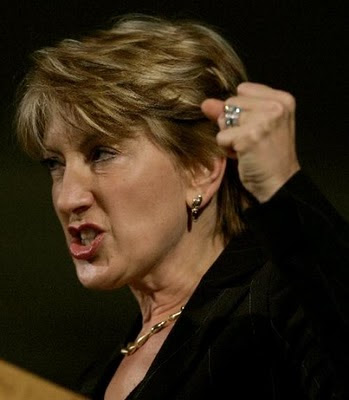 VAN SUSTEREN:... the people who've come out against you basically say you were a rotten CEO of Hewlett-Packard. Were you a rotten CEO or not? Did you get rid of jobs? Did you ship them overseas? What's the story? What's your side of this?

FIORINA: Well, you know, I'm really proud of my record, and the good thing about business is the facts are clear. The numbers are clear. I managed HP through the worst technology recession in 25 years. And despite those tough times, we doubled the size of the business from $44 billion to $88 billion. We tripled the rate of innovation to 11 patents a day. We quintupled the cash flow. We improved the profitability in every product line. We created market-leading positions in every category in which we competed. And our stock out-performed the technology peer (ph) index by 23 percent.

As a former HP investor, I seem to remember it differently. So does Portfolio.com. in this CNBC presentation ; Portfolio's Worst American CEOs of All Time :

A consummate self-promoter, Fiorina was busy pontificating on the lecture circuit and posing for magazine covers while her company floundered. She paid herself handsome bonuses and perks while laying off thousands of employees to cut costs. The merger Fiorina orchestrated with Compaq in 2002 was widely seen as a failure. She was ousted in 2005.

THE STAT: HP stock lost half its value during Fiorina’s tenure.

This chart of HP's performance from 1999-2005 seems to back up Portfolio's assertion. Fiorina is just another carnival barker shinin' US on.

Posted by Unknown at 7:19 AM No comments: 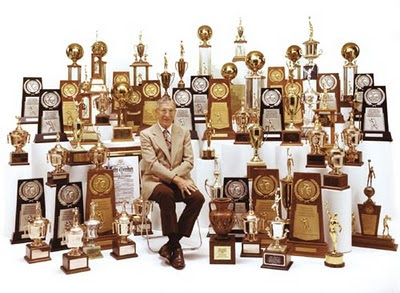 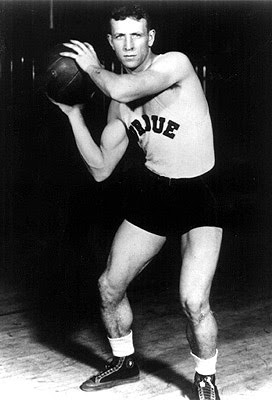 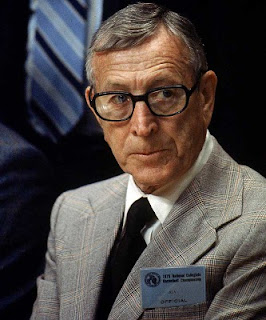 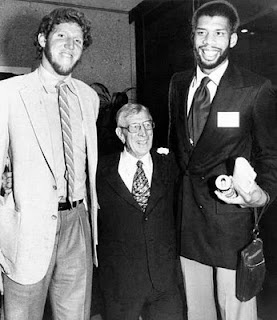 The second leg down in the US economy has begun, a few months earlier than I expected. I suspect 60 days is pretty irrelevant on a macroeconomic level, but not to an unemployed American. A closer reading of the May employment report shows the work force actually shrank by 35,000. The reason the figures look at all good mathematically is because the civilian labor force dropped by 322,000 units. Um, that's the denominator...decreasing it acts as a multiplier for the numerator.
The big number was the 390,000 jobs created by the federal government, most of them short term, temporary census jobs.

Robert Reich has been cautious in his prognosis, until now. Paul Krugman has cautioned of the double dip possibility, mainly due to a lack of aggressive follow up by the Obama fiscal policy makers. A jobless recovery is an oxymoron in an economy where consumption drives ~ %70 of the activity. The US governments pronouncements on the economic recovery have had the transparency of a Goldman Sachs prospectus. There are lies, damned lies and statistics, none of which pay the electric bill. America is still waiting and getting more angry.

The obvious question is the ultimate shape of this particular event. The US has a failed economic model which has subsisted on lies, fraud and government complicity for more than a decade. Fixing that will take more than an increase in the supply of paper money.

Americans today are challenged, to be Americans. The blame game has taken precedence over moving forward. The attitude seems to be, if we could just change things back. But back to what? 1990? 1980? 1970? 1580? This ain't your daddies world. Trusting our prejudices and celebrating the superiority of our ancestry will certainly win US the Dodo thimble. It's bullshit and it's bad for US.

Down The Rabbit Hole, Again 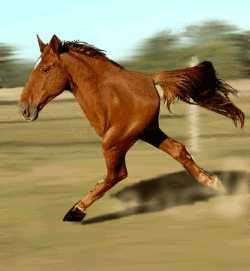 Is this anything like leaving bp in charge of their failed criminal enterprise?

Ankara wanted the investigation into the raid on the Mavi Marmara to result in the prosecution of officials responsible for the assault and the payment of compensation to the victims.

But in hours of diplomatic wrangling, the US blocked the move and instead forced a statement that called for "a prompt, impartial, credible and transparent investigation conforming to international standards". The US representative at the security council discussions, Alejandro Wolff, indicated that Washington would be satisfied with Israel investigating itself when he called for it to undertake a credible investigation. - Guardian

Posted by Unknown at 2:44 PM No comments: